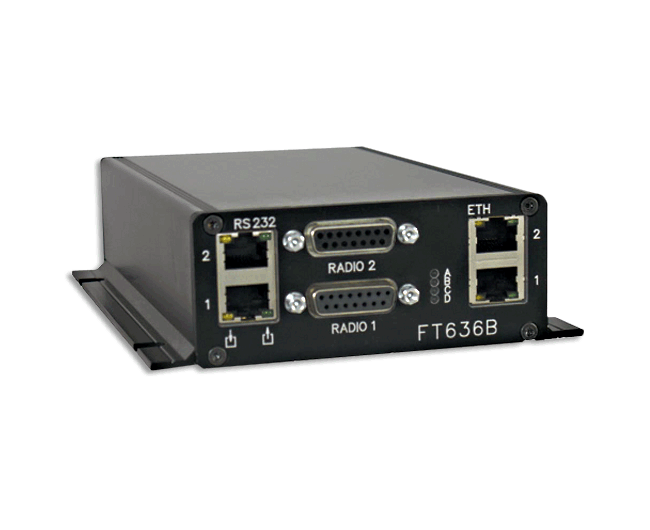 The FT636B IP Interface comes into play, if one or two radio base stations are to be remote controlled. The device will provide two ethernet ports (planned, currently just one) and will connect to up to eight remote stations/consoles per ethernet port. This can be used for redundancy purposes (up to eight connections via different network paths) or for a total number of up to 16 remote consoles.
Audio signals and control signals are converted to IP data packets and transported via local network (LAN), wide area network (WAN) or internet to the remote station. Using VoIP (Voice over IP) and RoIP (Radio over IP) technology practically unlimited distances can be covered.

The FT636B IP Interface is available in two different housings. 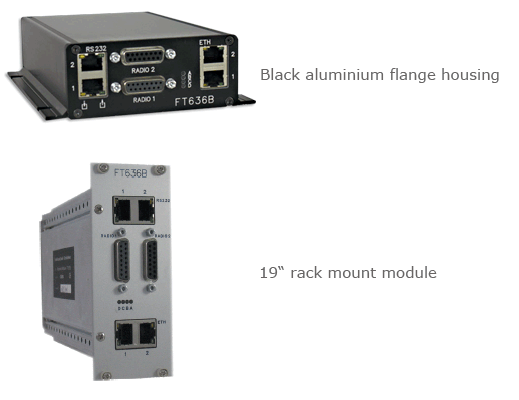